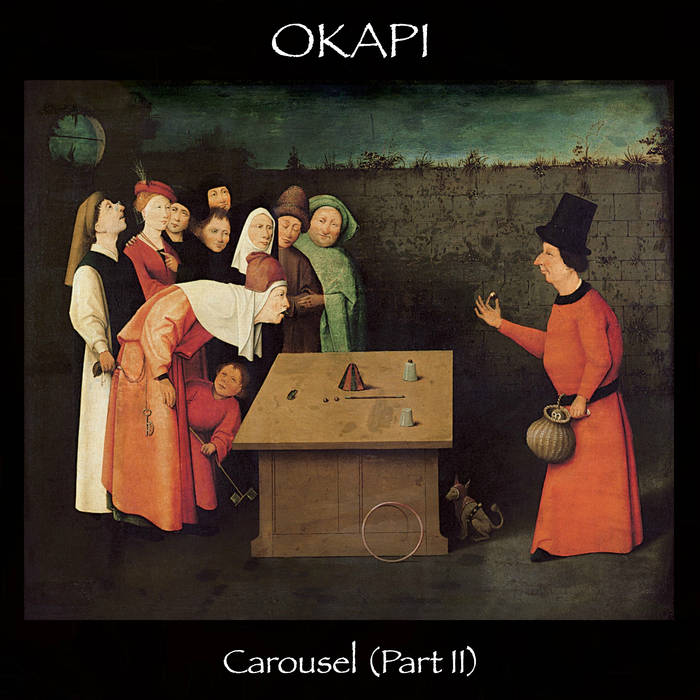 The offspring of tradition are guided and judged within the confines of the elaborately decorated carousel, where heavy amounts of stimuli have distracted them throughout many rotations of lapsing time. The cyclical redundancy and its formulas have stunted the healthy growth of their own identities, and so they become curious about the blurred kaleidoscope outside the carousel's boundaries. Enticed by the blurry, unknown territory, they take a risk by stepping off their familiar path, but immediately find the new world to be intensely disorienting. Without an identity, they are initially confused when confronted with reality's challenges, but as they adapt, they begin to understand the individual power they all possess. They disconnect themselves from the routine of the carousel and its lingering concepts of false romanticism, and begin grounding themselves in this new world of clarity. As they progress, contemplate, and evolve, the masters of the carousel attempt to prey on what's left of their insecurities and naiveties, in order to increase the potency of their formula which prevents others from stepping off the carousel.

He fulfills the beast he was born to be
Under guides who gauge his brawn
And apprehend the weak beneath,
Finding no faith of his own

Though we all pull from the same flame
She carries the torch, as she was taught
Without igniting her own

Often left unnoticed, we step off its course
Into the stillness of a fugue-state
While stumbling in its tow

Your own cement shoes bind you to the love and justice, true
The carousel still turns
But porous minds will be tapped into
Then wrought dry for their aesthetic stew