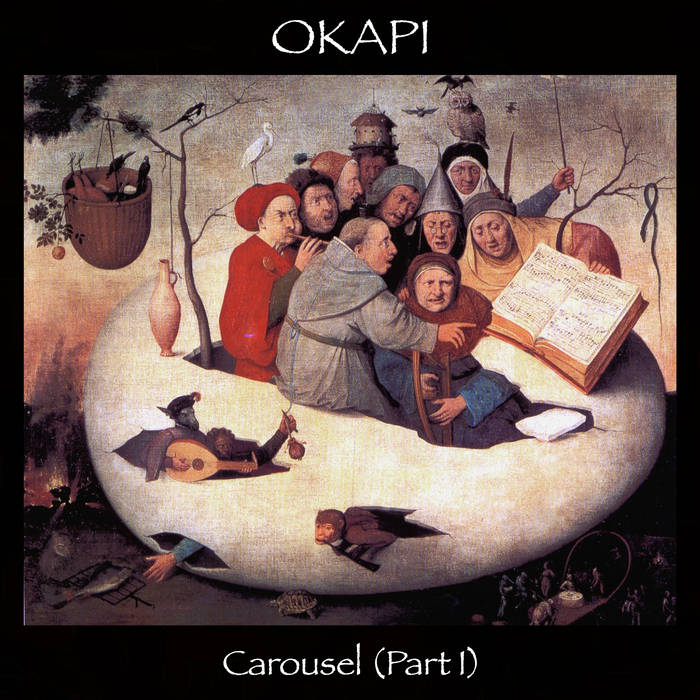 The "Carousel" represents the environment around us that's created by external forces, which have the potential to shape us as individuals. It's meant to keep us stationary and perpetually distracted by enticing lights, fun music, and colorful objects which prevent one from stepping off its secure, predictable, and cyclical course. The world outside this realm seems blurry and bleak by comparison, but it's one that's pure and honest. To step off this moving carousel is to embark on a personal journey of confronting the true reality, as well as oneself.

Recorded and Mixed by Greg Norman at Electrical Audio in Chicago, IL. Mastered by Bob Weston at Chicago Mastering Service in Chicago, IL.
Produced by Okapi